Cleanse The Soul With Ayahuasca

Hallucinogens are a type of narcotic that causes users to hallucinate. This sensation is what makes hallucinogens consumed by some people. However, there are long-term side effects that can be felt due to the consumption of hallucinogens. Ayahuasca – a plant herb, common among Indian tribes and other inhabitants of the Amazon basin, which is used most often in an ayahuasca retreat with more bonuses, “to cleanse the soul and mind and to communicate with spirits.” Its main component is Banisteriopsis caapi liana. To the broth is added, for example, Psychotria viridis or Diplopterys cabrerana, which contain dimethyltryptamine (DMT). It is a strong psychoactive alkaloid, the dissolution of which in the digestive tract is prevented by the harmine, harmaline, and tetrahydroharmine alkaloids contained in the vine. 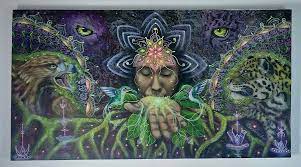 Ayahuasca functions for approximately six hours, the highest outcome is followed two hours behind ingestion. Its action is associated with many unpleasant physiological manifestations, including vomiting and diarrhea. LSD, or d-lysergic acid diethylamide, is a semi-synthetic substance from the world’s most popular lysergamide and psychedelic family. It acts as a serotonin receptor agonist, the activation of which increases dopamine levels in the brain. Psilocybin is the main active ingredient in hallucinogenic mushrooms of the genus Psilocybe. The effect is due to the stimulation of serotonin 5-HT2A receptors and, to a lesser extent, an increase in the concentration of dopamine in the basal ganglia.

Scientists have long been interested in the effects of these substances on people with depression and mental disorders. In addition, both for these cases and for all those taking these substances, it is important to understand what side effects they may have, especially on a long-term basis.

More than one hundred thousand people took part in the online survey. After carefully screening the results (some people noted that they used counterfeit drugs or didn’t use them at all, some filled out the questionnaire multiple times, and so on), the study used responses from 96,901 people over the age of 16. Of these, 527 had used ayahuasca over the past year, 18,138 had used classical psychedelics (LSD and psilocybins), and the remainder had used other substances.